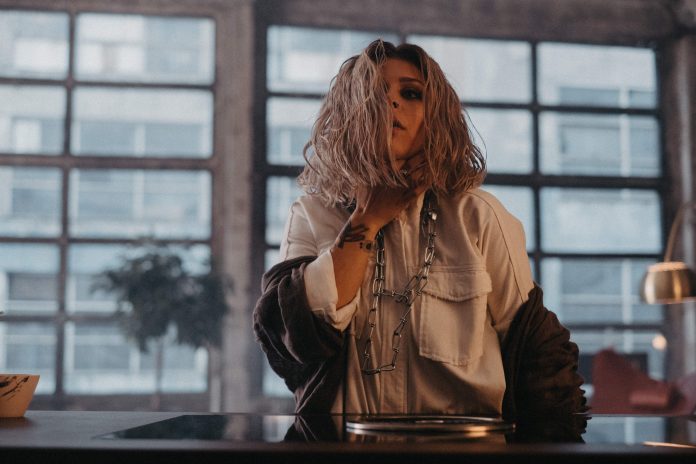 “FOR US, THIS IS THE MAIN DISCOVERY OF THE EVENING”

THIS IS ABOUT THE PERFORMANCE OF VICTORIA GEORGIEVA AND THE WORDS ARE FROM FRANCISCO BUENDIAS, ORGANIZER OF THE MELBOSS OPEN IN MADRID, SPAIN, WHERE THE ARTIST PRESENTED THE VIDEO OF HER NEW SINGLE “I WANNA KNOW”.

Victoria Georgieva made a serious breakthrough in Spain during the music forum Melboss Open, Madrid. Her new single “I Wanna Know” and the video for it were presented at the forum. Victoria Georgieva was chosen by over 500 candidates to sing in front of the forum participants as one of the two rising artists!

“True, we got a great opportunity, but the best part was that Victoria impressed everyone and the feedback was great. We were contacted on the spot by experts in the music business, who said that Victoria was suitable for the market in South America. So, we are starting to work in this direction “, shared Genoveva Christova from Missia23, the producer of Victoria Georgieva.

After the Melboss Open in Madrid (June 19), on June 21 in Studio 5 of the National Palace of Culture the video for “I Wanna Know” was presented to the Bulgarian audience. The video is directed by Dimitri Stefanov, while its executive producer is another participant, whom – besides Victoria Georgieva, we know from X Factor – Velina Ilieva. For Velina, the project “I Wanna Know” is a debut in her role as a producer, for Dimitri – in his role as a director.

“The trust that Missia23 gave us was really great. We had the freedom to work calmly and, above all, to present Vicky as we know she should be presented. We are both hellishly close, almost like sisters, which is not always good, but in our case, it worked out! We hope you like the video “, – shares Velina Ilieva.

Dimitri Stefanov has been working for over 15 years as a photographer outside Bulgaria. He returns to Bulgaria with the idea to work here. In “I Wanna Know” he was initially hired as a photographer, but Missia23 was impressed by his ideas and the way he worked, and as a producer for Victoria Georgieva they took the risk that he would also be the director of her first video.

“I am very critical, especially of my work. I am proud that this video is my debut because the music is world-class. We are already working on Vicky’s next song, with which I plan to consolidate what we have started“, says Dimitri Stefanov.

“‘I Wanna Know’ is a great example of how we work at Missia23. We rely on young and still unknown names in the industry because we believe that there are many in all creative areas and they all deserve their chance. This is how we will work with all other projects because we believe that we have productions that can represent us very well across the whole world “, Genoveva Christova assured.