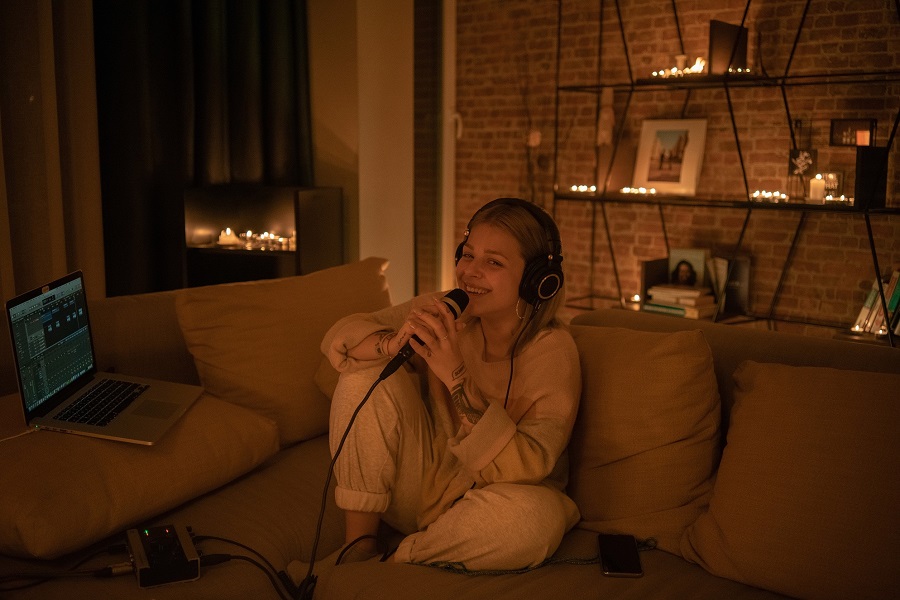 Victoria was recognized for her series of online concerts. The Bulgarian won the award in the category “Best Home Concert” in the seventh annual “Vision Music Awards” on the largest international media for Eurovision. Users of the popular Wiwibloggs portal gave her the first place with about 10% of all votes received this year. Victoria was awarded in two more categories – “Best Interior Design” and “Best Quarantine Couture”.

The Bulgarian representative of Eurovision 2020 and 2021 performed her first online concert from her home in Sofia in March 2020 and became the first artist from the cancelled edition of the competition to delight the audience with such an event. During the event, which was supported by the fintech company iCard, Victoria performed for the first time live “Tears Getting Sober”, the song with which she had to represent Bulgaria at last year’s edition of the competition. Apart from the Bulgarian song for Eurovision, then she also performed covers of some of the biggest hits of Dua Lipa, Harry Styles and Lewis Capaldi.

The concert was watched live by spectators in more than 30 countries, most of them from Spain, Britain, Germany and the Netherlands. The intimate atmosphere, the selection of songs, and the incredible voice of Victoria impressed the international fans of the competition and won the award for “Best Home Concert “. The interior design of Victoria’s home, which is the work of Ligna Group – one of the most successful Bulgarian companies on the international market in the field of furniture, also won her the award in the category “Best Interior Design”.

In addition to a concert from her home, Victoria took part in two other concerts, which also contributed to the award – Eurovision Home Concert and Wiwi Jam at Home. In them, she performed her song Tears Getting Sober once again, as well as an acoustic cover of “Arcade”, the song of the winner of Eurovision 2019 Duncan Lawrence.

The acoustic version of “Arcade”, which was recognized by Duncan Lawrence himself:

Wiwibloggs is the most visited independent Eurovision media in the world with tens of thousands of followers. Created in 2009, the site to this day continues to reflect everything new and relevant about the competition and its participants. In April 2015, Wiwibloggs won the award for top blog in the UK in the arts, culture and entertainment.

The year started extremely strong for Victoria. On January 1, it was announced that her song “Tears Getting Sober” was in the top 30 of the list of favorite songs of Eurovision fans of all time. The Bulgarian song, which was supposed to represent the country at the cancelled competition in 2020 in Rotterdam, ranked 26th. The annual “ESC TOP 250” chart ranks the 250 most beloved songs by the spectators at the biggest music competition in the world. The song also became number 1 in the radio and television chart The Voice Eurovision Top10 of The Decade by The Voice.

Eurovision 2021 will be held in Rotterdam on May 18, 20 and 22. Viewers in Bulgaria can watch the show live on BNT 1 from 10 pm. The participation of our country is realized as a public-private partnership.

Translated from the original source of the publication: https://thevoice.bg/news/viktoriya-s-tri-nagradi-za-nai-dobyr-onlain-koncert-ot-nai-golyamata-nezavisima-mediya-za-evroviziya-n18800.html

previousMISSIA23 wishes you Merry Christmas and a Happy New Year!