BNT broadcast live from Rotterdam the second semi-final of the song contest. Victoria took the stage under the “fatal” number 13 to fight for the final. 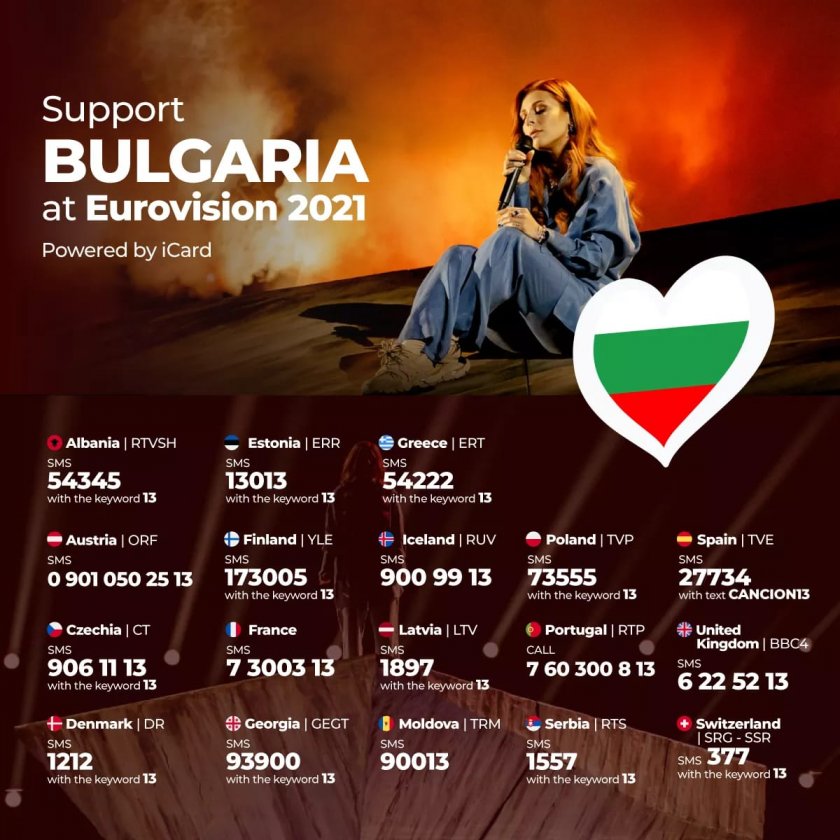 Before the important evening, Victoria shared: “I am very excited about the semifinals tonight. Yesterday I had the opportunity to perform my song in front of an audience at the dress rehearsal for the first time and the reaction in the hall was great. I am very grateful to the Bulgarian National Television, Ligna Group and the general sponsor iCard for believing in me. The whole Bulgarian delegation supports me lots here, in Rotterdam, and I believe that I will make Bulgaria proud of us!”

The other countries that qualified for the final of the second semifinal are:

Victoria’s performance, filmed from the audience’s seats in the hall:

Bulgaria was one of the favourites to win the second semi-final of Eurovision 2021. Victoria’s emotional performance caught the attention of international experts, who point out that she has a chance to rank well with both the jury and the audience.

The grand final of Eurovision 2021 will take place on Saturday, May 22nd. Viewers in Bulgaria can watch the show live on BNT1 from 22:00.

The music video of the Bulgarian song “Growing Up is Getting Old”:

Translated from the original source of the publication: https://bnt.bg/news/viktoriya-se-klasira-za-finala-na-evroviziya-2021-295406news.html

nextVictoria united Bulgaria and ranked 11th in the final of Eurovision 2021!