In the first days of November, the preparation of a new film production started – a film adaptation of the novel by Galin Nikiforov “Body Under the Dress”/”Тяло под роклята”. (CIELA Publishing House, 2018). According to the team’s plan, inspired by the characters and the plot of the novel, the film will appear in the catalogues of the biggest film platforms at the end of 2022.

The producers are Anelia Kassabova – Konstantinova (“MISSIA23”) and Mihail Konstantinov (“Studio Blend”). The main production team is yet to be finalized, while the initial selection of the script will begin by the end of the year. The first stage will be a creative scriptwriting contest.

Inspired by Galin Nikiforov’s novel “Body Under the Dress”, which was met with great interest by both critics and readers alike, the team plans to announce a creative competition for writing the screenplay, open to all fans and readers of the novel.

This competition is a precedent of its own for the history of Bulgarian cinema. For the first time, the team takes the initiative not to invite, but instead to find the pen that breathes life into the characters, taking from the book on to the big screen. The team is looking for talents in shaping the plot, interpreting the main plot lines of the novel, and coming up with bold innovative solutions. 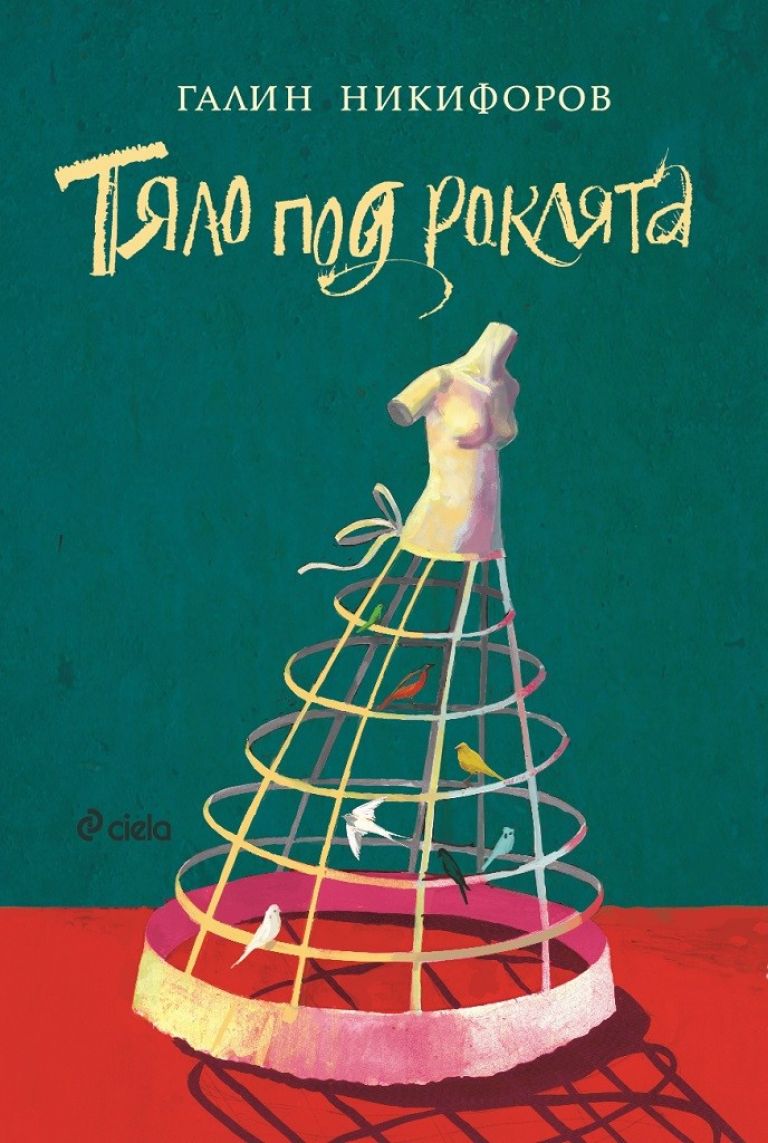 The idea for the project came from Anelia Kassabova, creator of one of the most active creative hubs in Sofia – “MISSIA23”, specialized in generating creative events and establishing a stage for projects in the field of literature, photography, cinema, and technology. The film debut will be the second successful project for Anelia Kassabova and her business partner in Ligna Group, Genoveva Christova, after their team launched the artist Victoria Georgieva into stellar orbit and into the epicentre of the Eurovision Song Contest.

Mihail Konstantinov is the founder of Studio “Blend” (1996) in partnership with Metodi Evstatiev. Studio “Blend” is a company specializing in the production and post-production of feature, documentary, musical, technical, educational, and presentation films; television shows and series; advertising and music videos and art photography.

THE PRODUCERS SPEAKING OF THE BOOK:

“As a producer and author of the idea to create a film adaptation of the novel “Body Under the Dress”, I can say that I was captivated by this strong and, at first, disturbing story about redemption, the depth of human feelings, and the human soul. The novel reveals the boundaries, which one can surpass in the name of unconditional love. In the novel very strong emotions and tensions collide, provoked by the changed psychology of the character, a consequence of past events and events presented by fate. The novel is also extremely visual, a beautifully told story, a story about free-thinking people. From all this, in a natural and organic way, the idea of ​​turning it into a film arose. ”

“I believe that the story is both cinematic and a unique dramaturgic tale that appears authentic in every community of our modern world. I am sure that every playwright will be impressed by the novel “Body Under the Dress” and will dare to immerse themselves in this story, the same as we dared to launch this crazy project.”

“Although being the first to come to mind after reading “Body Under the Dress”, the terms “eccentric” and “provocative” would not be appropriate for this bold book – an absolutely incomparable story of redemption that transcends literary boundaries and is the purest proof that man is capable of remodelling his whole life to preserve the fragility of his essence. This is not a novel about the human body – although it may seem so at first – but rather a life-affirming novel about the human soul.”

More about the team and the opportunities for participating in the project, you can find soon on social media, as well as on the official website of the film project.

Translated from the original source of the publication: https://impressio.dir.bg/kino/tarsyat-se-stsenaristi-za-ekranizatsiyata-na-romana-na-galin-nikiforov-tyalo-pod-roklyata?fbclid=IwAR21GdN_ymPFN-H37EWKAhSk5zvHaBfsHftzUh4KIvuby7XBslRlItSO-7A

previousWhere is the next seminar?